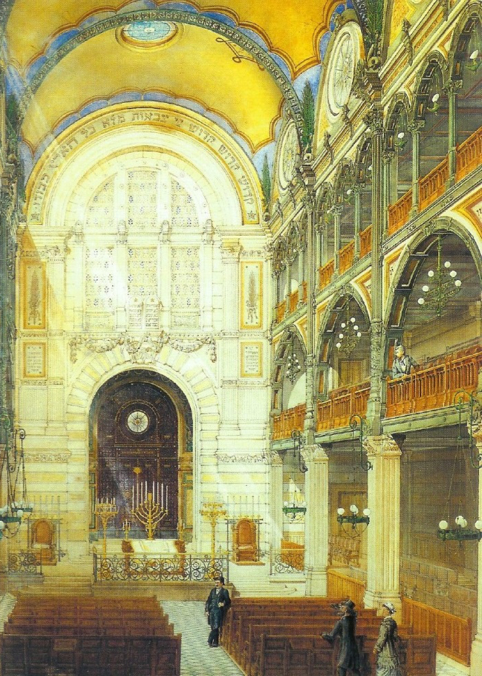 The Synagogue des Tournelles (the Great Synagogue of "Marais" district in Paris) was dedicated to the worship of Ashkenazi rite on September 15, 1876 on the occasion of the New Year celebrations in month of Tishri.

It is then frequented by french Jews from Alsace and Lorraine departments who are later joined by emigrants from Poland, Tsarist Russia and the various countries of Central Europe.

On the night of October 2 to 3, 1941, an attack was organized by the Mouvement Social Revolutionaire (MSR), a far-right party founded by Eugène Deloncle.

After the war, the minyan (a quorum of ten people minimum) is difficult to meet. In 1958, the Synagogue des Tournelles was assigned to the Sephardic rite at the initiative of Edmond Cohen-Tenoudji (zal, former vice-president of the Central Consistory and former President of the Consistory of Paris).

In 1872 Marcellin-Emmanuel Varcollier, a pupil of Baltard, who was also an architect of the 18th arrondissement, was appointed for the construction of the Synagogue des Tournelles. Its construction was completed in 1876.

The Synagogue des Tournelles has a Roman-Byzantine style and offers an interesting example of the use of metal in the construction, thanks to the work done by the forges and workshops of Normandy which, at that time, benefit from the assistance of the engineer Gustave Eiffel.

From the facade of the "Tournelles street", adorned with a window in rosette, stand out sculptures representing the scrolls of the Law with a text in Hebrew.

In the center, two shields of the city of Paris attest the title of the synagogue property that is part of the municipal public domain, because of the financial contribution made by the city at the time of construction.

Inside, the peristyle opens on a nave 21 meters wide ended by a semicircular nave where is the Holy Ark, protected by an imposing double wrought iron door, which houses many Sefer Torah arranged side by side. half-circle coast.

The synagogue has two floors. By its volume, this synagogue is the second largest in Paris, after that of Synagogue located on "Victoire street".

The Synagogue has been classified as an historic monument since

Below the view of the organ of the synagogue. 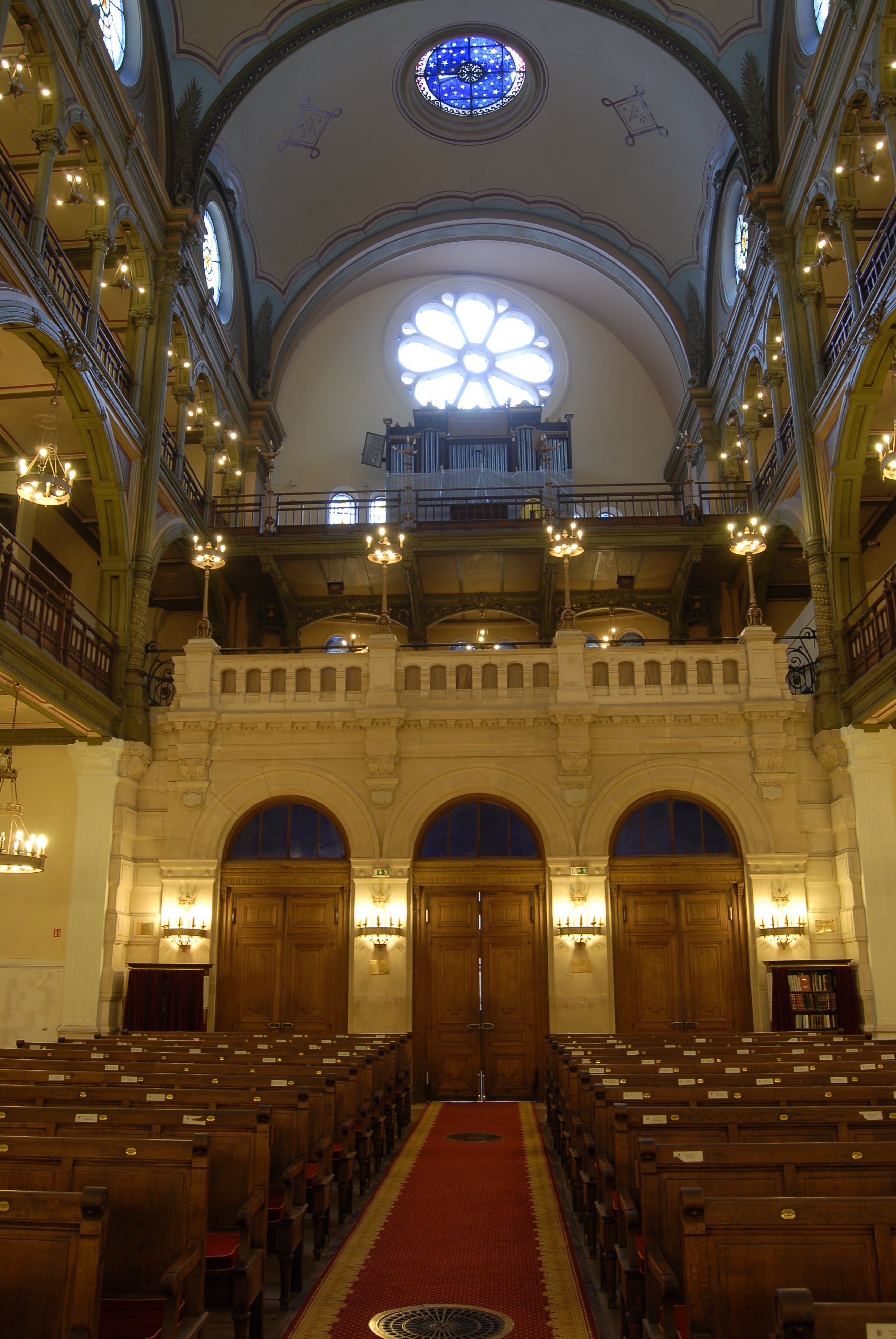 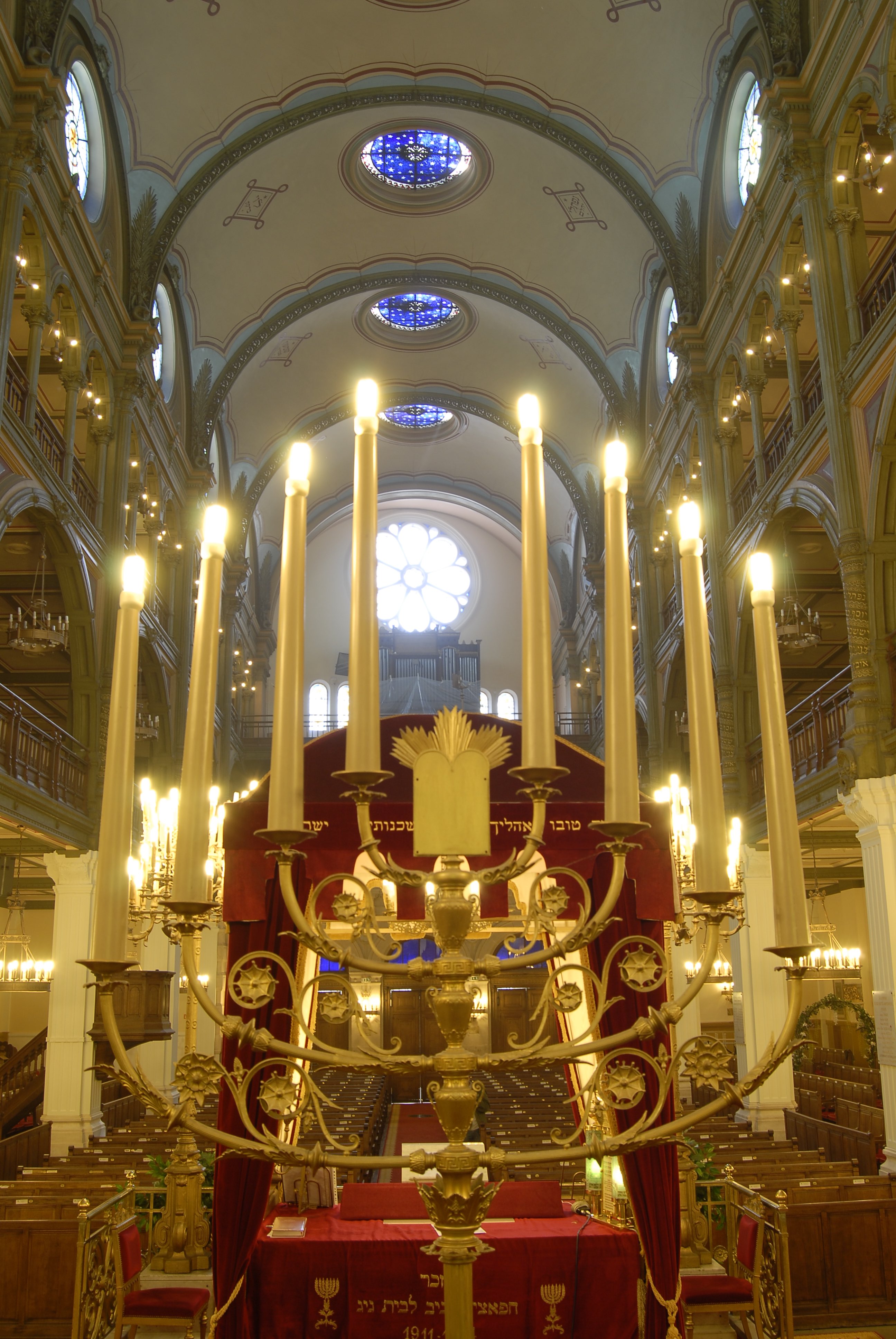 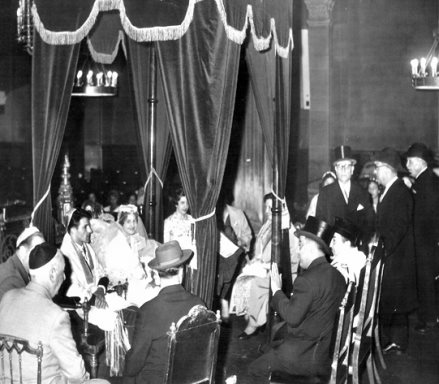 On the left a marriage, on the right another marriage with Rabbis Morali and Attiach.